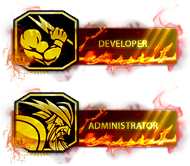 Today server maintenance has been completed. Below is the list for server update.

1. Remove Abyss Rank on some equipment. Below is the list of equipment that involve in this update.

2. Restrict Arbiter and Principal plate armor to certain class only.

More update is coming. Stay tune and thank you for all of your support.